Wealth-Building Secrets of the Millionaires Next Door

Your image of millionaires may be of private-jet-flying rock stars or CEOs living on lavish estates, but research shows that the truth about the majority of American millionaires isn’t nearly so glamorous or exciting.1

They live well below their means. The average millionaire doesn’t spend to display social status. You wouldn’t recognize most millionaires by the clothes they wear, the cars they drive or the homes they live in.

They didn’t inherit their wealth. Eighty percent are first-generation millionaires.

They save and invest large percentages of their income. The average income of the millionaires studied is $247,000, with an average net worth of $3.7 million.

Here is how three individuals earned their millions.

Savvy investing. Andrew Hallam managed to amass a million-dollar-investment portfolio on a schoolteacher’s salary by the time he was 38. His philosophy of investing is simple: use low-cost index funds, maintain investment discipline and don’t try to time the market. He started investing $100 a month more than 20 years ago and increases the amount he invests each month. Hallam is the author of “Millionaire Teacher: The Nine Rules of Wealth You Should Have Learned in School.”2

Becoming an expert in your field. OK, she’s not exactly your millionaire next door, but Suze Orman graduated with a B.A. in social work, and at the age of 30, she was making $400 a month as a waitress.3 She became interested in investing and worked for a couple of large brokerage houses before opening her own financial advisory firm. Now she’s a famous author and TV personality who preaches smart investing and frugality as a means to accumulate wealth.

Being your own boss. John H. Johnson entered the publishing business with a $500 loan secured by his mother’s furniture. In 1942, he founded the Johnson Publishing Company, which includes Ebony and Jet magazines. He was the first African American on the Forbes 400 Rich List and was worth hundreds of millions by his death in 2005. His advice? Start with small successes and dream big.4

Your Path to Millions

It may seem that becoming a millionaire is something that happens to only the lucky few. The reality is you may be able to accumulate substantial wealth by working hard, spending less, saving more and investing wisely. Talk to a financial advisor about your goals and set your own wheels in motion toward financial independence! 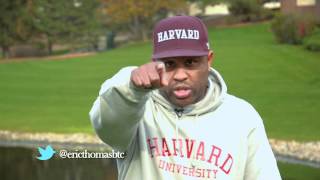